Learners while learning about the parts and functions of the sensory organs enjoyed researching about interesting facts about these organs at home. They very well presented the information in a booklet form with the pictures. They also made a cover page and included bibliography in the booklets to learn about academic honesty. 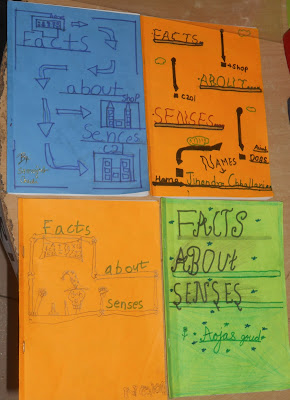 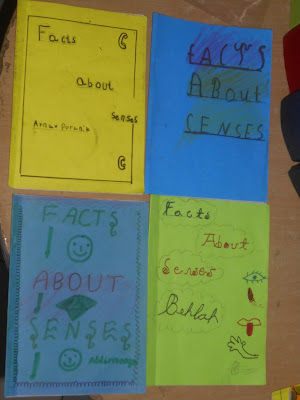 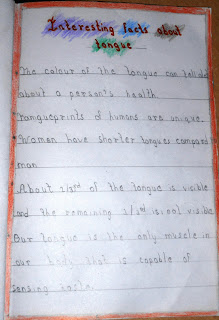 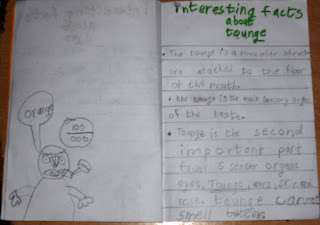 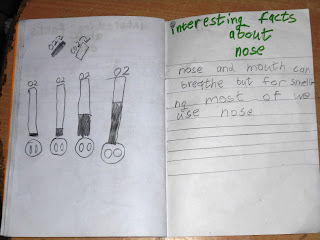 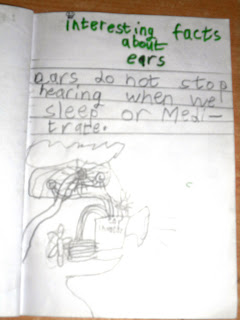 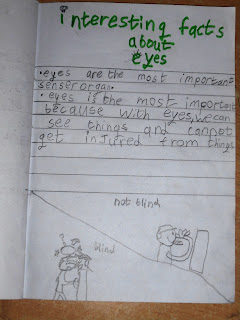 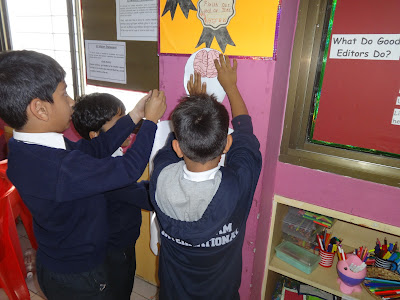 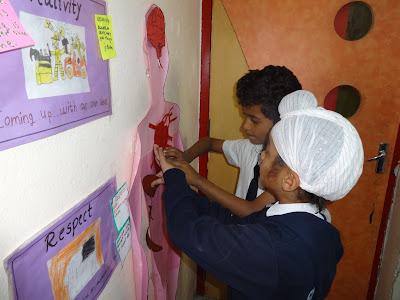 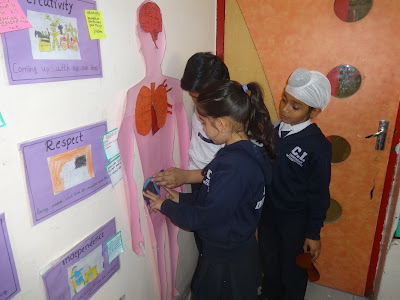 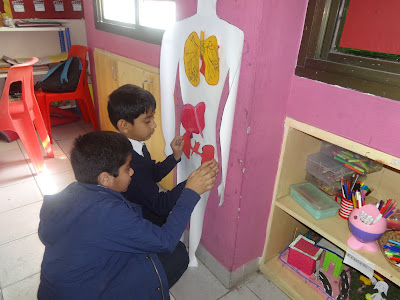 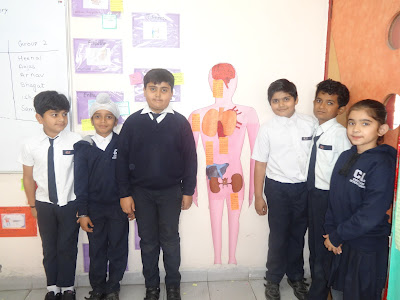 Tuning In - Who we are 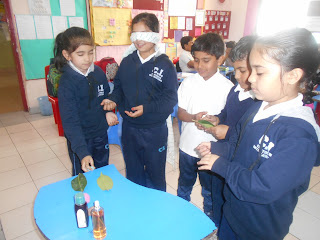 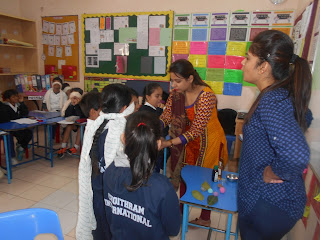 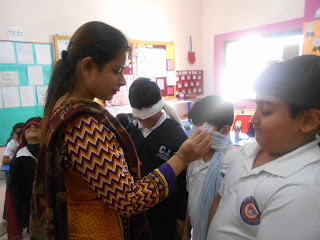 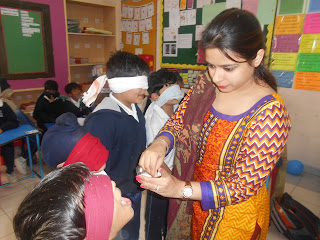 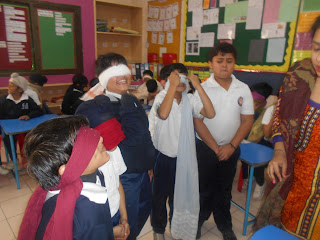 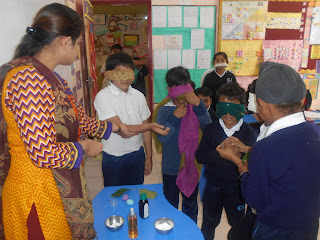 In our Unit of Inquiry, learners have been exploring about the states of matter. Moving Further,  PYP 3 learners understood the meaning of Density with the help of Density tower experiment. The layers were made with honey, liquid soap, water, milk and cooking oil. We talked a bit about what density meant and which liquids they thought were denser. They really liked seeing how everything separated and that oil was the lightest! It was neat to watch the liquids poured in and then began to separate into their own level in this density tower. Some of the learners exclaimed that one liquid was lighter than the other so they guessed a good idea of what we were trying to do! 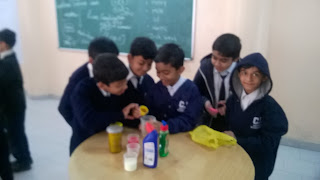 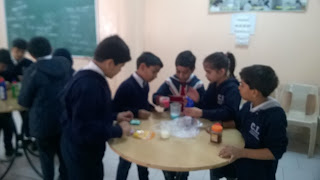 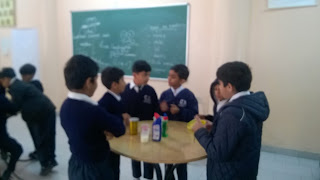 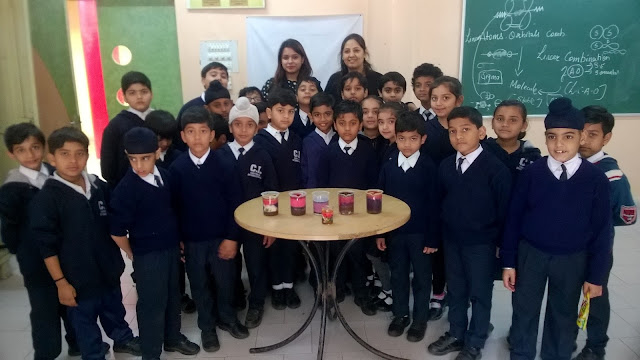 Learners of PYP 3 have learned landscape and cityscape. They have learned how to create the scenery of outstanding nature in the Landscape art. It is the one of the painting subjects which deliberately shows the scenery of nature like high mountains, flowering valleys, green trees, beautiful rivers, rain forests etc.

It shows a wide view of amazing nature in such a way in art showing with the mind blowing elements of art arranged into a harmonious and peace minded composition. They also have learned cityscape which shows the magical scenes of cities which shows the streets, street squares, street lamps, street lights, high buildings etc. These both arts differ in their own ways as one of the Landscape shows the harmony of nature and the other cityscape shows the busy life of humans but both of them show elements of arts.
Posted by PYP at CI at 4:30 PM No comments:

Email ThisBlogThis!Share to TwitterShare to FacebookShare to Pinterest
Labels: Activities

Stories play a vital role in the growth and development of children. The books they read and the characters they get to know can become like friends. It’s also good for children to understand that books are a useful source of information and that good reading skills are important for success in their future lives. Reading also helps children with their confidence levels, coping with feelings, language and learning. PYP 3 learners enjoyed reading different stories related to the theme 'How the world works'. 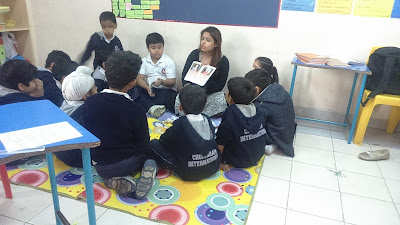 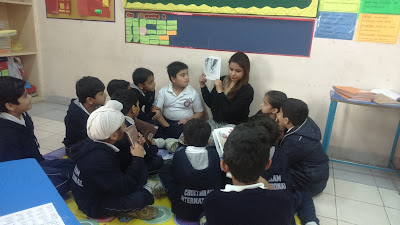 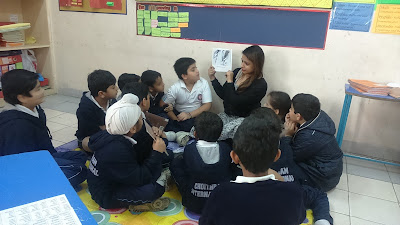